WeGift the leader in digital payouts announced £26m series B

London, November 15, 2022 — WeGift, the industry leader in digital payouts, announced the closing of a £26 million Series B, furthering its mission to allow anyone to transfer any digital currency more freely across the globe.

New investors included Element Ventures, which led the round, along with Clocktower Ventures and Volution Capital. Existing investors, including CommerzVentures, AlbionVC and SAP, increased their investments.

WeGift is at the forefront of the payouts revolution, making digital currency and stored value of any kind move more efficiently among organisations, merchants and individuals. The company has doubled revenue annually every year since its founding and expects that trend to continue. The funds will be used to expand its digital currency network, support growth in new geographies – with a focus on North America – make key hires, and add new features and functionality to its already-robust solution. 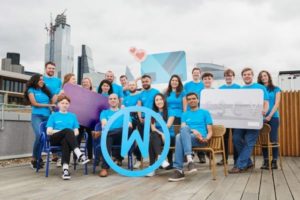 Said Aron Alexander, CEO and founder. He added: “Innovations in payouts have been few and far between, leading to solutions that no longer match the speed with which business operates. Our digital currency network gives corporate and platform users powerful tools to incentivize, reward, drive conversion, disburse funds and more.”

The investment comes at an exciting time for WeGift. The company surpassed 120 employees in October and recently announced major wins in new customers and brands added to its network. So far in 2022, WeGift has added well over 100 brands, including AirBnB, Nike, Instacart, Dunkin’, Aldi and many more. New customers include Mint Mobile, WishList, ThanksBen and Xoxoday.

Among those new additions are a number of key members of the leadership team. Robert Lang, special partner at Vitruvian Partners, joined in August as Chairman of the board. Brendan Miller, formerly of Rapyd, joins the company as Chief Marketing Officer, and Ashley Stepien, formerly of Ramp, has joined in an advisory capacity.

Element Ventures is honoured to partner with WeGift on their journey to becoming a global digital currency network.

Michael McFadgen, Partner at Element Ventures said. “They’ve created a simple, elegant solution to an extremely complex problem, and they have fantastic traction. They’re well positioned to have a major impact on how value moves and commerce functions. We look forward to working with them in the years to come as they revolutionise payouts.”

“There’s an enormous and growing need for instant, efficient payouts,” said Heiko Schwender, a partner with CommerzVentures and a Series A investor. “WeGift are at the convergence of a massive opportunity created by a blend of factors, including remote work, the gig economy, eCommerce adoption and increased customer expectations. They’re a true innovator at the forefront of an industry with huge growth potential, and we’re thrilled to take this journey with them.” 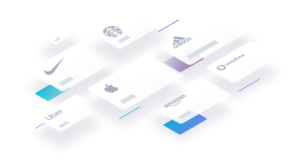 WeGift enables some of the largest and most-influential companies to disburse funds to the people they serve for rewards, refunds, rebates, remittances and more. The WeGift network connects merchants, individuals and organisations to instantly send digital currencies around the globe. WeGift removes friction to make payouts fast, affordable, effortless, and personalised. Operating in more than 30 countries, 20 currencies and more than a dozen languages, WeGift’s catalogue includes more than 1,500 beloved brands from around the world. Our customers include Sodexo, Vodafone, Wonde, Mint Mobile and many more.

To join WeGift – whether as a customer, prospective employee or to be added to the network – please visit https://www.wegift.io.

We use cookies on our website to give you the most relevant experience by remembering your preferences and repeat visits. By clicking “Accept All”, you consent to the use of ALL the cookies. However, you may visit "Cookie Settings" to provide a controlled consent.
Cookie SettingsAccept All
Manage consent

This website uses cookies to improve your experience while you navigate through the website. Out of these, the cookies that are categorized as necessary are stored on your browser as they are essential for the working of basic functionalities of the website. We also use third-party cookies that help us analyze and understand how you use this website. These cookies will be stored in your browser only with your consent. You also have the option to opt-out of these cookies. But opting out of some of these cookies may affect your browsing experience.
Necessary Always Enabled
Necessary cookies are absolutely essential for the website to function properly. These cookies ensure basic functionalities and security features of the website, anonymously.
Functional
Functional cookies help to perform certain functionalities like sharing the content of the website on social media platforms, collect feedbacks, and other third-party features.
Performance
Performance cookies are used to understand and analyze the key performance indexes of the website which helps in delivering a better user experience for the visitors.
Analytics
Analytical cookies are used to understand how visitors interact with the website. These cookies help provide information on metrics the number of visitors, bounce rate, traffic source, etc.
Advertisement
Advertisement cookies are used to provide visitors with relevant ads and marketing campaigns. These cookies track visitors across websites and collect information to provide customized ads.
Others
Other uncategorized cookies are those that are being analyzed and have not been classified into a category as yet.
SAVE & ACCEPT